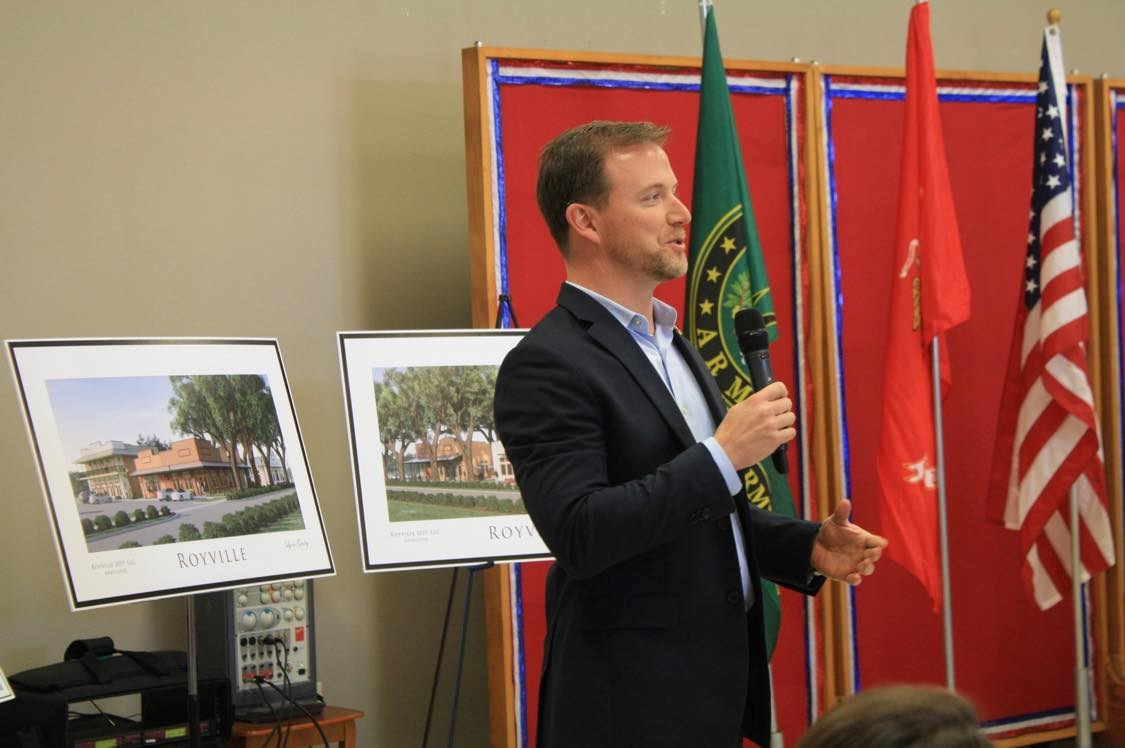 Ken Ritter is proud to serve as Youngsville’s Mayor since January 2015.  During his tenure, his leadership has effectively guided the city through growth & prosperity as well as periods of challenge and adversity. Upon taking office he moved quickly to create and implement the city’s first ever Master Plan to serve as a roadmap for our city’s future.  Concerned about the manner in which Youngsville was growing it was imperative to improve planning, implement systems, establish processes, evaluate infrastructure, and modernize software. Under Mayor Ritter’s leadership development processes are streamlined, city services are more accessible, recreational opportunities have been expanded, the Youngsville Police Department has doubled in size, & the Youngsville Fire Department staffing model was increased to be the first department in Lafayette Parish, outside of the City of Lafayette, to have 24/7 paid fire staffing.  In addition, his administration oversaw the completion and opening of the Youngsville Recreation Center, the creation of the Youngsville Recreational Sports Programs, & Sugar Beach at the Youngsville Sports Complex.  Since becoming Mayor millions of dollars in water, sewer, roads, and drainage infrastructure improvements have been completed.

In the face of adversity after a historic flood event in August 2016 Mayor Ritter’s administration navigated bureaucracy and had FEMA reimbursable storm debris pick-up commence within one week from the tragic event.  Determined to improve drainage and help his city rebuild, the city’s Public Works department was restructured and work began on a 7 day a week schedule with rented equipment and newly hired help to remove sediment from Lafayette Parish drainage channels after years of neglect from parish government.  Within months, development standards were raised, drainage maintenance was improved, & work on regional drainage solutions, identified in the city’s Master Plan, were accelerated.

Mayor Ritter is currently overseeing millions of dollars in federal drainage projects for regional detention, numerous private/public drainage partnership projects, the design and construction of Youngsville’s new Municipal Complex, the expansion of Youngsville’s Sports Complex and multiple satellite parks, the expansion of Youngsville's city sewer system, the design of a new water plant, a downtown beautification enhancement and expansion project, a myriad of new private development projects including thousands of new residential home sites, and millions of dollars in road enhancements and rehabilitations.

Before his term as Mayor, Ken was elected to the Youngsville City Council in 2010 and served from 2011-2014.  On the City Council he was a leading voice of progress and compromise and worked with Mayor Viator and fellow council members to fund the construction of the Youngsville Sports Complex.  Ken was instrumental in the creation of the city’s comprehensive land use ordinance and the city’s residential development requirements for privately developed subdivisions.

Prior to his service on the city council Ken was a board member and President of Copper Meadows Homeowners’ Association where he worked as a team to make one of Youngsville’s newest neighborhoods one of the best in our community.

Ken is a full time Mayor after ending a successful career in hotel management in 2017.  He is a lifelong conservative Republican.  Outside of City Hall, Ken is the owner of several Anytime Fitness franchises in the area.  He has a Bachelor’s degree from Colorado Technical University in business administration, is a 2013 recipient of the Daily Advertiser’s Top 20 Under 40 leadership awards, and is a founder of Leadership Youngsville.